Zena: the sheep who really tried

Zena: the sheep who really tried 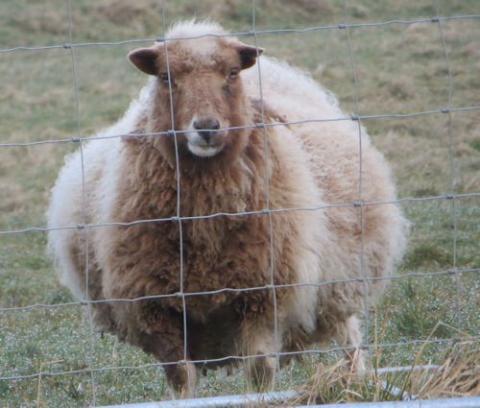 This is Zena on 6th April.  She was a Shetland sheep, living on Orkney with Jane Cooper and is VERY pregnant in this photo!

Sadly, her lambs were really taking it out of her and she got Twin Lamb Disease, which is a very serious and life threatening calcium deficiency,  caused in the last month of pregnancy by the growing lambs taking all the minerals from the ewe.  The proper name is Ketosis with symptoms akin to pneumonia and the ewe quickly becomes very weak.  Treatment is with hefty injections of calcium, which are sometimes enough to do the trick.  However, sheep when sick go off their food and this is no good for in-lamb ewes.  So Jane, on the advice of the neighbours, used the good additional treatment of TLC, specifically in this case spoon feeding Readibrek with added molasses, which Zena was able to take. 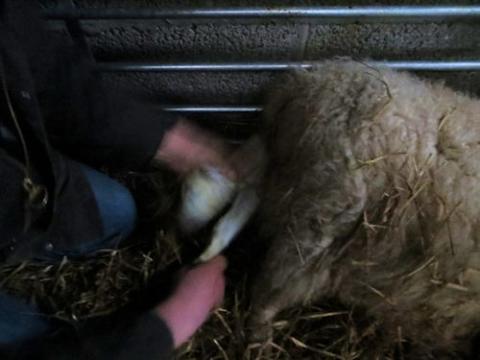 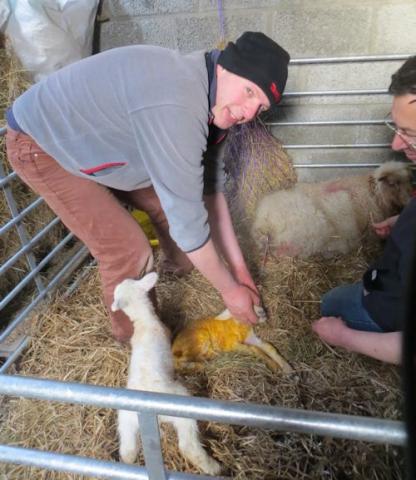 As a result, Zena recovered sufficiently to produce, with quite a bit of help, a pair of large twin ewe lambs on 13th-14th April.  The first lamb was big and needed some help but the second was not just big but not presenting correctly.  An urgent call at 7.30 am brought the neighbours to the rescue and the lambs arrived safely. 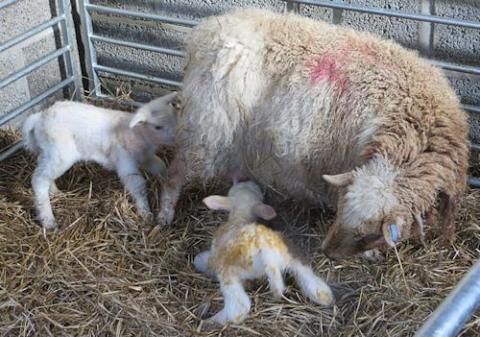 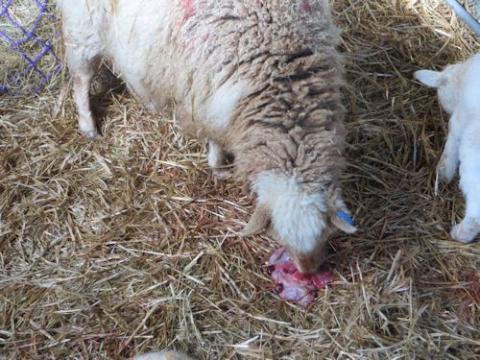 At this stage, Zena was managing reasonably well, but was painfully thin, had very little milk and probably only enough colostrum for the first lamb.  She was a good mother and looked after the lambs.

However, the strain was too much and she deteriorated rapidly and soon could not stand.  In retrospect it is probable that Zena had lied about her age and that she was rather older than the six years to which she admitted, but then ewes are always pretty keen to go on lambing.

Zena gradually lapsed into unconcsiousness and died within a day.  The lambs stayed with her until she died and even when unconscious she would still try to respond when hearing them bleat.  She will be buried on Orkney as they still bury dead stock there.

These are the last pictures of her, with the lambs. 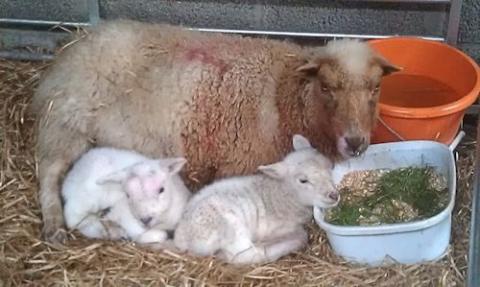 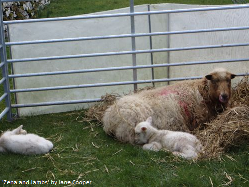 The lambs are doing fine on the bottle, again with support and advice from friends and neighbours.  This was the first lambing for Jane, so was not quite the joyous and easy experience to which she had been looking forward.  But, with the instinting help of husband, neighbours and the vet, she not only learned a lot but managed to help Zena live long enough to produce two large and healthy Boreray-Shetland cross ewes.

Although this is a sad story, there are several things about it which are really important in my view:

– sheep, particularly the primitive breeds, do try to live and can do so with help

– the myths about sheep being keen on dying are probably more due to the fact that sheep are generally self sufficient and don’t have the same financial value as, for instance, cattle, so they are left to fend for themselves – had Zena been in an extensively managed flock, she would probably have been found dead in the field and would never have got as far as producing her lambs

– neighbours, especially those who are farmers, are wonderful.

PrevPreviousInspired by Lace and Alpaca!
NextA Second Trip to Cologne for H+H HandarbeitNext