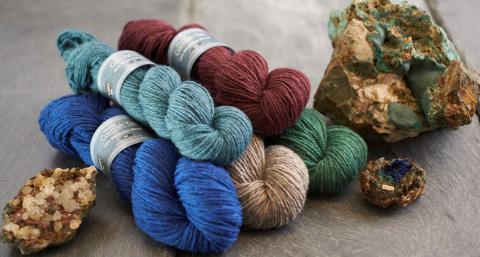 Tin has been mined in Cornwall for thousands of years and it is said that Phoenician traders came to the area to buy tin well before the Romans were around.

Tin ore is cassiterite and was found extensively across the land, especially in West Cornwall and also the St. Austell area of mid Cornwall, which is now the centre of the china clay industry. 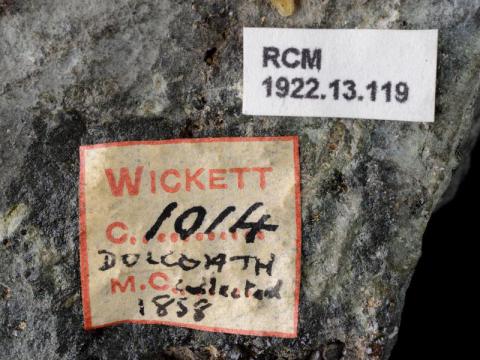 The last Cornish tin mine closed in 1998, some 120 years after the industry collapsed when cheaper alluvial tin was discovered in Malaysia.  In the 17th century, tin mining had enabled Cornwall to lead the early stages of the Industrial Revolution, with famous engineers like Humphrey Davy (with the miner’s safety lamp) and Richard Trevithick (with his automotive engine) following on the original work of Thomas Newcomen with his pumping engine.  These engineers are so famous and so amazing (for me anyway) that I could write books on them … suffice to say it’s worth looking them up!  The Geevor Mine website and the National Trust Levant Mine Website are very good starting points. 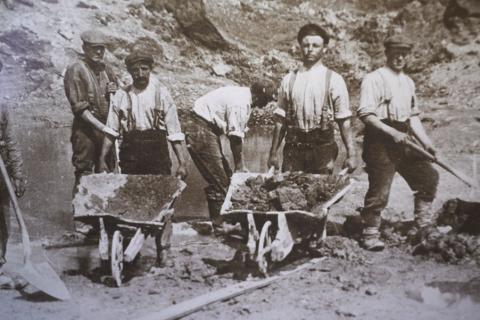 There were thousands of small mines and most towns had smelting facilities, the last blowing house (old style) furnace at St. Austell closing in the 1860s. More modern furnaces, with patented processes, operated in West Cornwall until the 1920’s, after which tin was exported for smelting in Malaysia, while Cornish copper,  often found with the tin, was always smelted in Wales as it needed more coal for the process.  Both copper and tin were very important in Cornwall, with various mines at various stages being the largest in the world for each of these minerals.

The smelters stamped each tin ingot with a sign of provenance, being a lamb bearing the flag of Cornwall’s patron Saint Piran.  The lamb symbolised purity and St. Piran’s flag showed the tin was Cornish.  The smelting companies gradually merged into the Consolidated Tin Smelting Company by the early twentieth century, and kept the sign on their stamps.  It was originally designed in 1715 by a certain Henry Davies, taken from his family crest, and on whose name it was also a pun, as the Cornish word for sheep is “davas”.  The symbol of the Lamb and Flag is now largely found on inns and public houses, though we know of only one in Cornwall at Canonstown near Hayle. 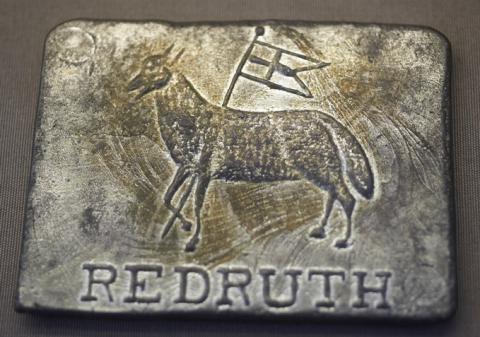 This link of Tin purity with sheep of course gives another lovely aspect to our choice of the name Cornish Tin for our special 10th Birthday knitting yarn, blended from known fleece producers, just like the tin ingots from Cornish mines … 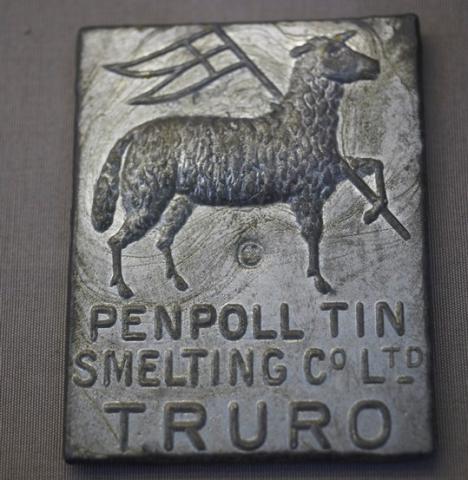 As the industry declined, the population of Cornwall fell in thirty years from 1870 by something like half and the numbers only reached similar levels again in the 1970’s.  Cornish miners travelled all over the world in search of hard rock mining work, from Indian gold mines to Australian opal and uranium mines, as well as across Britain for coal.

The result of this emigration is that one definition of a mine is “a hole in the ground with a Cornishman at the bottom of it”.  Cornish miners’ skills and experience were sought after and they could earn good money in this dangerous industry.

Back in Cornwall, many mines were forced to close (as we all know from the Poldark stories of Winston Graham!), and there were also disasters, with collapsed tunnels and flooding being the principal causes. Some are now open for visitors, you can still pan for gold in Cornish streams if you know where to look and the China Clay is still quarried in mid Cornwall.  We like to think our engineering production and the raw material fleeces are a small inheritor of this great industry. 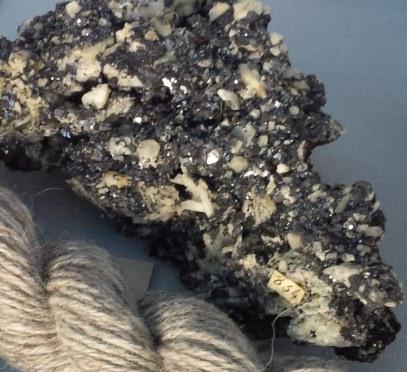 This is Cassiterite with Quartz, alongside our naturally coloured Cornish Tin: pride and provenance together!

In honour of the mines and miners, we have named our Cornish Tin yarns after some of them, using a bit of alliteration, plus the magic and memories associated with these names: 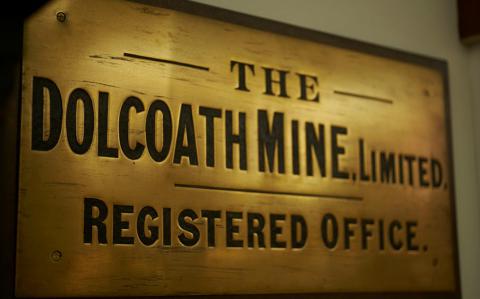 PrevPreviousWhy might this sheep look worried?
NextCornish Tin: the colours of the yarnsNext